What is the Moscow Kremlin

The designated architectural value is not only a magnificent monument, but is considered a sacred symbol of Russian statehood. The Moscow Kremlin, which is surrounded by red-brick walls located on 27.5 hectares includes:

Also on its territory are located government buildings, including the residence of the President. Therefore, it is considered the main socio-political and historical-artistic complex.

A brief history of the construction of the Moscow Kremlin

The date of the construction of the fortress is the 15th century, namely from 1485 to 1499 Milanese masters worked on its creation. It was at that time that the Italians were considered the best fortifiers, and based on this fact, they were invited by Ivan III, who created a unique masterpiece of the fortress. But It is worth noting that most of the architectural monuments that have survived until today in the territory of the Moscow Kremlin date back to the beginning of the 14th century. For example:

Since the planned massive restructuring and restoration of existing buildings in the capital were invited to the best masters from Italy, who worked for one decade, creating architectural masterpieces. Among them also need to note such buildings as:

It should also be noted that it was originally intended to erect an impregnable fortress, therefore, in addition to strong and high walls around the building area, the Alevizov Moat was dug in 1508, filled with water from the Neginny River.

Interesting facts about the Moscow Kremlin

Despite the fact that the Moscow Kremlin was built many centuries ago, today it is considered one of the majestic architectural monuments, which is not only fully preserved, but is also active among similar structures. Many interesting facts are connected with it, which very few people know. The most significant should certainly be noted:

Another significant fact is that during the Second World War, the Moscow Kremlin was almost not affected. The thing is that during the period of hostilities, the fortress was masked. A decree was ratified on the external conversion of buildings into a residential building block. For this, the walls were painted with gray and brown paint. Red Square was framed with wooden fences, and false doors and windows were installed on the walls of the fortress.
In conclusion, it must be said that the Moscow Kremlin is noted in the Guinness Book of Records, since one of the highest bells is installed on its territory. Its height is 6.14 meters. As well as the king-gun with a weight of 39.321 tons. 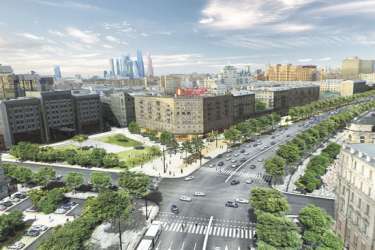