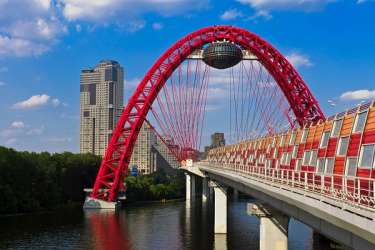 The architects of this building in Serebryanny Bor do not even think to threaten scales similar to the Tower, Singapore bridges or the famous Golden Gate in San Francisco. But at the same time, they sought to create something extraordinary, aesthetic, and at the same time organically fit into the surrounding landscape. Thus, the Scenic Bridge, which is rather modest in size, appeared unique not only in its design. This bridge connects the two banks of the Moscow River, but at the same time it is located vertically, which provides an optimal outcome for transport on land and optimizes the movement of vessels along the river.

Where is: Serebryanny Bor, a bridge connected Marshal Zhukov Avenue and Krylatskaya Street at the exit from the north-west tunnels

Opening hours: around the clock

The landmark was named after the street located nearby and, of course, for its unusual construction and bright scarlet color.
The picturesque bridge does not just attract attention with its amazing appearance. It is by its design at the same time and screw, and arched. Its main supporting element is a high red arch, thrown across the Moscow River, located perpendicular to the bridge itself.

Under this arch there is a suspended observation deck, which many people call a flying saucer because of its rounded, flat shape. The capsule is suspended from the highest point of the arch at a height of 100 meters above the surface of the river, its weight is 650 tons. It was originally planned to make a restaurant in this booth, according to the idea of ​​Yuri Luzhkov. But the project turned out to be unrealistic: to equip a kitchen at a similar height would be against fire safety rules, and building special elevators that would transport food from a bridge foot to the capsule turned out to be too expensive.

In 2014, they planned to open a registry office for the most romantic and courageous newlyweds. But this project was also frozen due to too high a budget for the construction of such an object. So far there is only an observation deck, which offers a magnificent and unique view of the Zvenigorodskoe highway, the area Krylatskoe and Stroginsky Bay.

The bridge itself is held on 72 cables attached to the arch. Curving with the stretched letter S, he stretches along the bed of the Moscow River. The construction provides two levels: one for the movement of vehicles, four lanes in each direction. The second level - for the movement of subway trains.

Features of the object: The picturesque bridge is the second cable-stayed bridge in the capital after the famous Crimean bridge. But it is the highest not only in Moscow, but also on the whole European continent, its height reaches 105 meters, which is similar to the height of approximately 30-storey building. The total length of the bridge is 1460 meters, and width - 37 meters. Oleg Shishkov, the main author of the project, received the Moscow award in the “Architecture” nomination in 2009; the project was also awarded a diploma and a silver medal at the international exhibition of engineering technologies in Brussels. 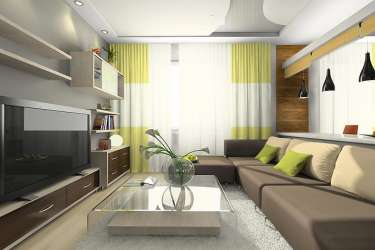 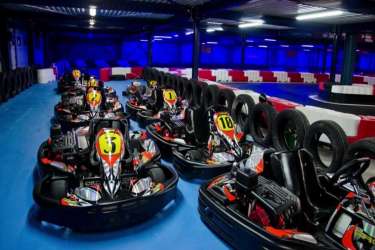 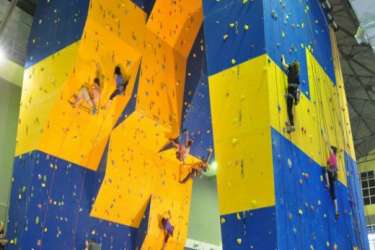