Tagansky district: a particle of old Moscow in its very center 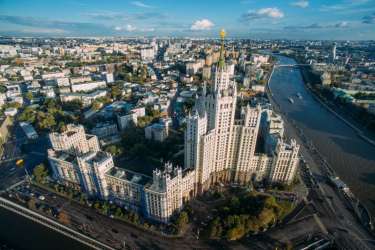 Tagansky district is located in the central administrative district of Moscow and is its cultural and historical center. Its territory occupies the northern bank of the Moscow River and borders on Lefortovo, Basmanny, Tversky and Zamoskvorechensky districts. When the settlement of Taganka began, what is interesting about its history and what is this area like today?

The mass settlement of Tagansky district occurred at the turn of the XIV-XV centuries. The place with fertile lands, forests and flood meadows was chosen by farmers and plowmen. Somewhat later, on the territory of Tagansky District, not only peasant lands began to appear, but also handicraft settlements, which existed on this territory until the time of Peter I.

Speaking about the history of the Tagansky district, which is full of bright and famous events, it is worth mentioning that the Old Believer Center was located on its territory in the 18th century. We are talking about Rogozhskaya settlement. After the reform, which reorganized subdivision, stone building gradually began to occur on the territory of the Tagansky district. Its territory was occupied by the homes of nobles, merchants and townspeople. A little later, Taganka was called a big rich market. On the territory of the district were located one of the largest shopping malls of the capital. In the Soviet years, the Tagansky district was partially turned into an industrial center, various enterprises were located on its territory, and high-rise buildings for workers were built.

Taganskaya Square, which once served as a place for trade, is now a large highway providing traffic from the center to several different directions.

Today, the Tagansky District, located in the Central Administrative District of Moscow, is developing steadily and dynamically. It is customary to associate population growth with the ongoing development of residential areas of the district. Today about 120 thousand people live in Tagansky district. Over the past ten years, this figure has increased by several tens of thousands.

The district has 8 metro stations, 173 streets and an alley and is one of the oldest metropolitan places with a rich cultural heritage.